Happy Friday! Here’s our weekly wrap up of EO Nashville members in the news.

AMC The Pitch announced it will feature Fletcher | Rowley [John Rowley] on its first episode August 15.

The Tennessean featured Burger Up [Miranda Whitcomb Pontes] in an article titled “Nashville is home to many new tastes.”

CAL SAE the Executive featured a column written by Andy Bailey [Petra] in this month’s issue.

The Tennessean reported that Legacy Instruction Media [Gabriel Smith] recently purchased the historic Rose-Acuff building that once was home to some of Nashville’s most famous recording companies.

Style Blueprint ran a piece about how to host a beer garden party and featured The Filling Station [Will Newman] as a great spot to fill up your growler for a backyard gathering.

(Click on the images below to read the articles.) 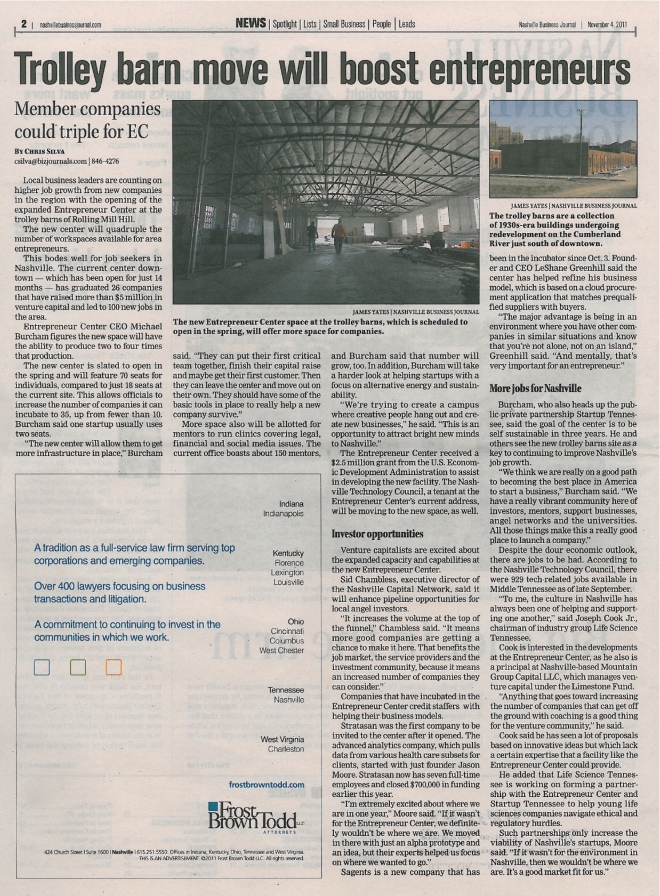 Also, Ben Goldberg sat down with The City Paper Editor Steve Cavendish for a Q&A about the newly opened Catbird Seat restaurant. The article published in this week’s edition of the publication, and is inserted below.

How I Got Where I Am Today

Gabriel Smith couldn’t find a guitar instructional video that lived up to its hype, so he set out to make one.

As a teenager, Gabriel Smith wanted to learn how to play the guitar, but the “learn guitar overnight” instructional tape be bought proved ineffectual and downright disappointing.

Years later, with learning how to play guitar still on his bucket list, Gabriel quit his job in concrete work to start Legacy Learning Systems, a multimillion dollar company that produces learning solutions for the guitar, piano, ballroom dance, etc.

Gabriel filmed his first instructional series in a friend’s living room, with no experience and home video recording equipment. Gabriel’s grassroots approach paid off. Within its first six months of operation, Legacy Learning Systems achieved one million in sales, clearing four million in its second year.

Promote Your Page Too